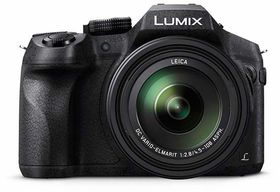 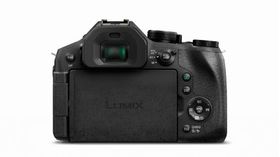 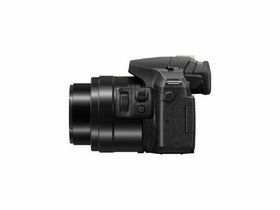 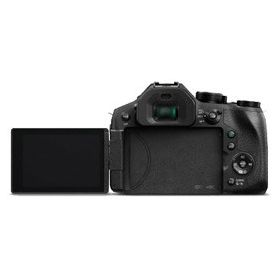 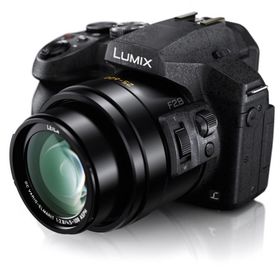 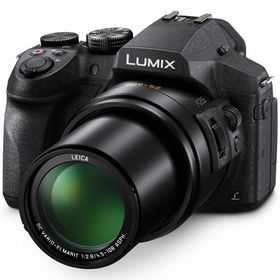 The FZ330 is the follow-up to 2012's Panasonic FZ200. It was a groundbreaking camera with a constant f/2.8 aperture across its 24x (25-600mm) zoom. That meant it could capture lots of light in telephoto shots, producing photos with less motion blur and noise than other ultra-zoom cameras could muster.It must be quite a technical achievement, as no other manufacturer has produced such a versatile lens in the last three years. Bridge cameras from Canon, Nikon, Fuji-film and Pentax offer zooms ranging from 50x to 83x but they all use lenses that close down to f/5.6 or smaller at the long end of their zooms, capturing a quarter the amount of light. A couple of other bridge cameras – the Sony RX10 II and Olympus Stylus 1s – have constant f/2.8 apertures but are limited to relatively modest 8.3x and 10.7x zooms respectively.

As such, it's no disappointment to find the same lens fitted in the FZ330. The sensor resolution remains at 12-megapixels – a sensible decision given that this is the same small 1/2.3in size used in cheap compact cameras. A higher resolution may sound appealing but it's more likely to increase noise levels more than details in a sensor of this size.The headline specs may be the same but there are some welcome improvements to this updated model. The body is now splash- and dust-proof so there's no need to stow it away at the first sight of a rain cloud or a sandy beach. The 3in articulated touchscreen has a higher resolution than before. The electronic viewfinder is significantly bigger and uses OLED technology for deeper contrast.
The controls have been refined, too, with a command dial that's more substantial and easier to use. The manual focus switch has moved to the back of the camera, and also includes an AFC option for continuously updating autofocus when tracking subjects. There's a new wheel on the lens barrel that makes it easy to adjust manual focus. This wheel can also be used to navigate menus and adjust settings. With so many buttons and dials plus an elegant touchscreen interface, there are often multiple ways to access the same feature. This may be overwhelming for some users but we suspect the typical FZ330 owner will find it flexible and efficient.
The FZ200 was released shortly before Wi-Fi became standard issue on cameras, and it's a welcome addition here. Panasonic's companion app for iOS and Android is packed with features including a remote viewfinder mode with comprehensive photographic control, video recording, stop-motion animation capture and the ability to capture a photo just by giving the phone a shake. Photos can be geo-tagged with the help of the smartphone's GPS radio, and the app can generate collages from photos stored on the camera. There's no NFC for automatic connection to Android devices but it's easy to connect nonetheless.
Video, shooting speeds and autofocus
Panasonic has embraced 4K video recording more enthusiastically than any other manufacturer, and it makes an appearance here once again. There's 3,840x2,160 recording at 24 or 25fps, along with 1080p at 24, 25 and 50fps. Other Panasonic 4K cameras we've reviewed use a slightly cropped area of the frame so that each pixel of the 4K video corresponds directly with a photo site on the sensor. The FZ330 doesn’t do this, and as a result its 4K videos don't quite have the same biting clarity. The Panasonic GX8 exhibited slightly crisper details in 1080p videos, too. The FZ330 wasn't far behind, though, and by any sensible measure it excels for video quality.
It also includes slow motion capture, recording 720p video at 100fps or VGA at 200fps, playing back at 25fps for 1/4- or 1/8-speed slow motion. Manual exposure control and touchscreen-driven spot autofocus are included, too. A drive mode called 4K Photo captures 4K video at a choice of aspect ratios, and allows individual frames to be saved as a JPEG. In effect it's a 30fps, 8-megapixel burst mode that can keep recording for minutes if necessary. There's also an option to keep buffering frames and save a second of video either side of when the shutter button was pressed.
The faster processor that's required for 4K video capture has various other ramifications. One is that battery life has fallen from 540 to 380 shots. That's disappointing but it's still enough for a day's enthusiastic shooting. The upside is that continuous performance has improved dramatically. The FZ200 could shoot at 10fps but only lasted for 13 frames before it needed to take a break to save them. The FZ330 kept going at 12.5fps for 83 JPEGs or 23 RAW frames in our test. It also captured at 7.2fps with continuously updating autofocus, lasting for 27 RAW frames and indefinitely for JPEGs.
Autofocus performance was exceptionally fast in normal use, too, typically taking around 0.2 seconds between pressing the shutter button and taking a photo. Shot-to-shot times averaged just 0.3 seconds. Autofocus is easy to control, too, with lots of options from a large area to a horizontal strip to a small pinpoint, plus responsive subject tracking. It's also possible to move the autofocus point using the touchscreen, even when using the viewfinder. This level of performance and the fast, flexible autofocus are perfect for sports and wildlife photography – situations where the bright telephoto lens are in their element.
Manufacturer:
Panasonic
Specifications